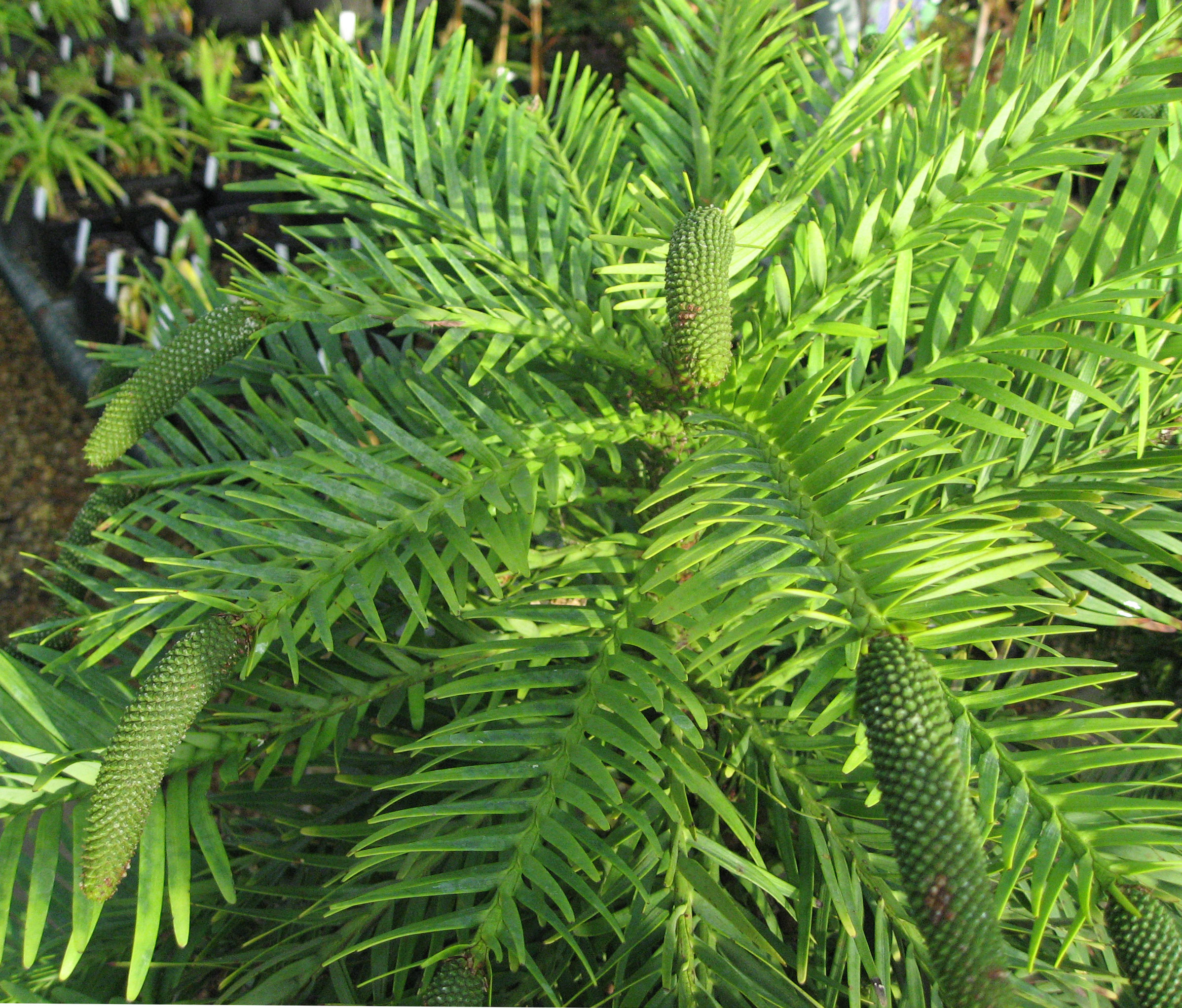 In the autumn of 1994 David Noble, an Australian park ranger, was abseiling down one of the many otherwise impenetrable canyons in the Wollemi National Park in the Blue Mountains, north-west of Sydney when he came across a thicket of trees that he didn’t recognise, and which looked completely out of place in this vast wilderness given over to eucalyptus and temperate rainforest.

After much botanical investigation it was realised that this was the extinct plant only ever previously seen in fossils from 200 million years ago.  The new find was put in the family of Araucariaceae – the  home of the Monkey Puzzle and Norfolk Island Pine and named after its location and discoverer. Since 1994 many searches have been made for more specimens but fewer than 100 adults have been found, some in two more canyons close by, making it one of the world’s most critically endangered plants.  Cones were collected  – by helicopter – and the seeds grown. The location of those original trees has been kept a secret, not only to discourage theft and vandalism, but also to guard against the introduction of disease.

The first seedling of the Wollemi Pine to be planted outside Australia was in Kew, where it was protected by a fence and pandered to, but it has now been realised that the plant is much tougher than was originally thought – which is not surprising given that it must have survived some fires, floods and freezing over the last few million years. Seedlings have been distributed worldwide under licence and every plant sold returns a royalty to help further conservation in Australia.  Botanical Gardens and Arboretum worldwide now all have their very own Wollemi’s (which also will act as an insurance policy) with Marks Hall Arboretum in Essex is laying claim to having the largest collection in Europe.

But the Wollemi Pine has some other interesting features besides being a living fossil: Unusually for a conifer it has strong epicormic tissue, which means that it can regrow limbs (which is the reason that some trees are capable of being coppiced.) Once true pines are cut, for example, it’s game over; but this tree can produce secondary branching – the oldest in the Wollemi National Park reportedly having 100 trunks. The bark of the tree is also unusually distinctive, being dark brown and knobbly, described variously as like ‘swarming bees’ and ‘coco pops’.

The cones of the Wollemi pine – both male and female on the same tree – are produced on the ends of the branches once they are mature (around 9 to 12 years), and they are a sight: like a self-decorated Christmas tree! Once the branch has coned it will die back, and then eventually regenerate.

When the tree is mature it also produces an additional row of its needle-like leaves along the central spines, with the foliage itself changing shade from light green to dark blue-green, taking on a more bronzed green when cold. During those colder months when the tree is dormant, its growing tips are protected with a white, waxy covering – quaintly described as ‘polar caps’.

The survival of this relic of the Cretaceous period reminds us of the awesome versatility of plants and the process of evolution; and our responsibility to conserve endangered species. 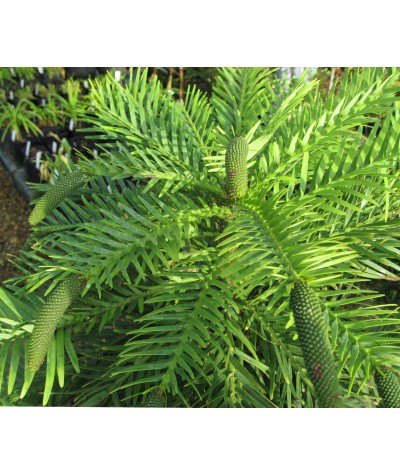