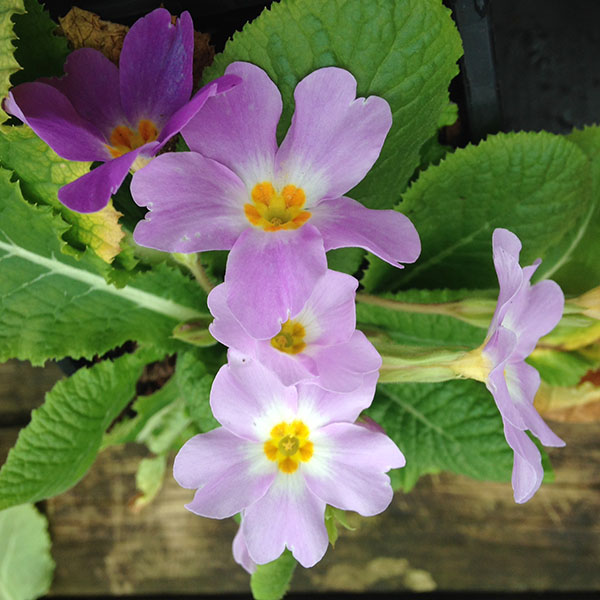 This beautiful little primrose, saddled with such an unwieldy name, comes from the eastern Mediterranean and Balkans, and is a subspecies of our native yellow primrose. This variety has pretty, soft lilac-pink flowers with a white-edged yellow eye and comes into bloom around February (although, like so many other plants these days, it was earlier this year). After the first flush in Spring it will sometimes flower sporadically into the autumn. The flowers look so delicate and graceful, but the plant is hardy and reliable, at its best in a cool and shady position.

It has been growing in English gardens since at least the seventeenth century when it was described as ‘Tradescant’s Turkie purple Primrose…common in Asia Minor’ (John Parkinson, Theatrum Botanicum, 1640), and was recorded as growing in the Oxford University Botanic Garden (Jacob Bobart, Hortus Siccus, 1658). Coincidentally, it is from another Oxford connection that it received its present name.

The Turkish purple primrose was ‘officially’ discovered by John Sibthorp (1758-1796) who had inherited the professorship of Botany at Oxford University from his father Humphrey (who famously only delivered one lecture in his 36 year tenure). John was luckily more interested in the subject than his father, and after his studies organized an expedition to Greece along with the young botanical artist Ferdinand Bauer (1760-1826). Sibthorp discovered and catalogued many plants (our primrose being described by him at the time as Primula vulgaris var. rubra, only later was it posthumously dedicated to Sibthorp). On his return to Oxford he started creating, along with Bauer, what became the most expensive and beautiful floral catalogue ever produced: the Flora Graeca.

Whilst in the field Bauer would have had to work quickly and so colour coded his sketches to work up later in what could be thought of as ‘painting by numbers’. It is estimated that he used his own coloured chart of 273 shades which he used to produce nearly 1000 folio sized watercolours with great botanical accuracy. The paintings took him less than six years, but the book itself – in ten volumes - was not published until between 1804 and 1840, when its cost then was £620 (which would be over £25,000 now). Only 25 copies were made for subscribers.

John Sibthorp meanwhile did manage (unsurprisingly) to trounce his father’s teaching record and also to improve the University’s Botanic Garden which had fallen into decay, but he sadly died young after becoming ill on his second expedition to Greece (on which Bauer had refused to go after having been treated as little more than a servant on the previous trip). 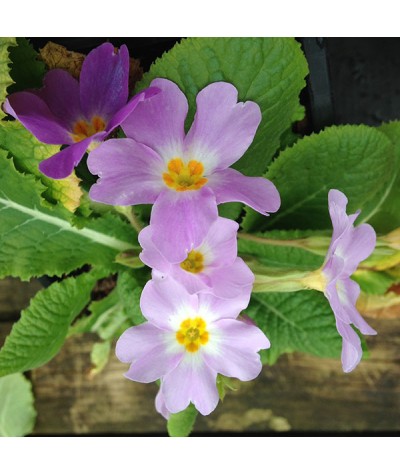